Some of the old ns-2 versions and even some very old ns-3 versions can be installed on an older Linux variant because of the gcc and gcc-lib compatibility issues. Installing such old Linux variants under the latest hardware also raises a lot of issues related to driver components. In such cases, we may opt to install that old operating system using virtualization solutions such as “VirtualBox”, “VMware”, “Microsoft Virtual PC” etc.,. This article explains the way of installing VirtualBox in a Debian Host OS and installing an old Linux OS under VirtualBox. We choose to use 64bit Lubuntu 16.04-LTS as a guest OS because, it is a lightweight operating system that will need lower hardware resources to install and work.

Installing VirtualBox Under the Host OS.

You may use any variant and any version of Linux OS as your main Host Operating system. Here we assume using a Debian/Ubuntu variant of Host OS.

Creating a Virtual Machine for an Old Linux Version

Run VirtualBox and create a new virtual machine using the new button from the top menu. Give a suitable name for your virtual machine. (Here the name of the Virtual Machine is Lubuntu-16.04-LTS.) 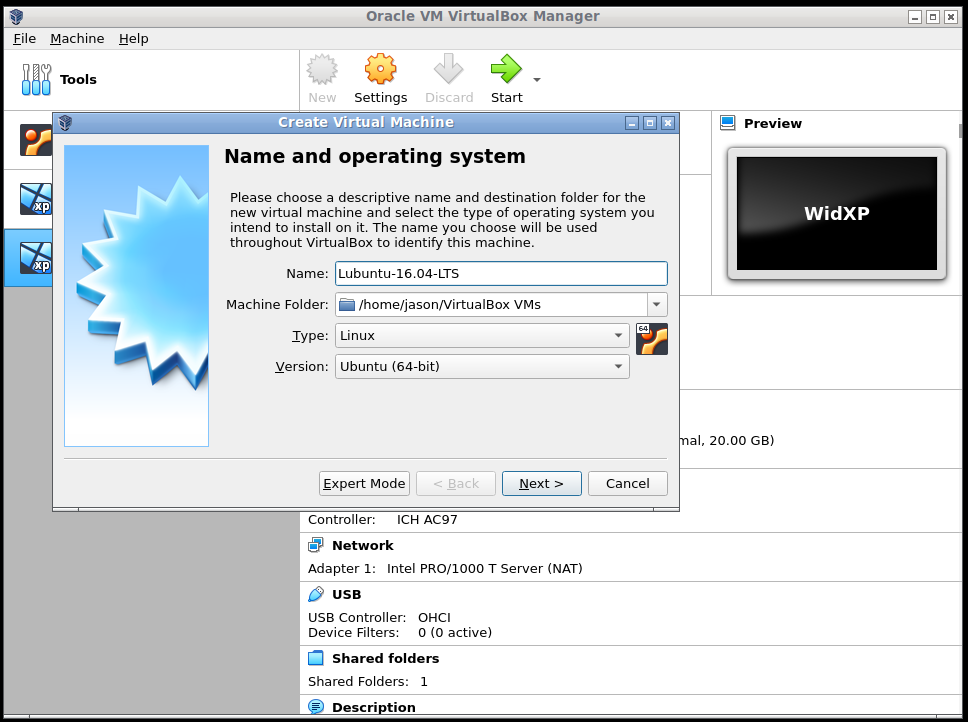 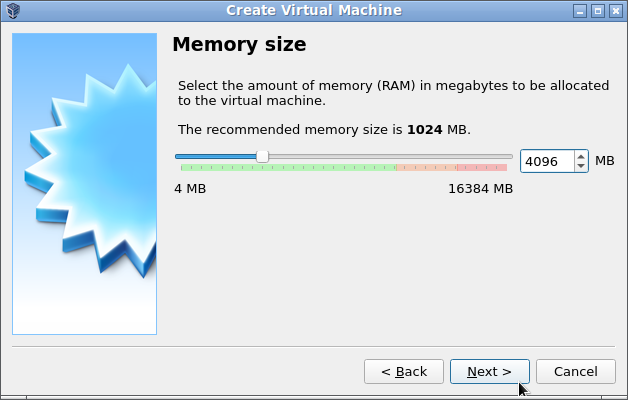 Create a virtual hard disk and allocate sufficient storage on it.

(Here we allocate 10 GB storage for your virtual Linux machine) 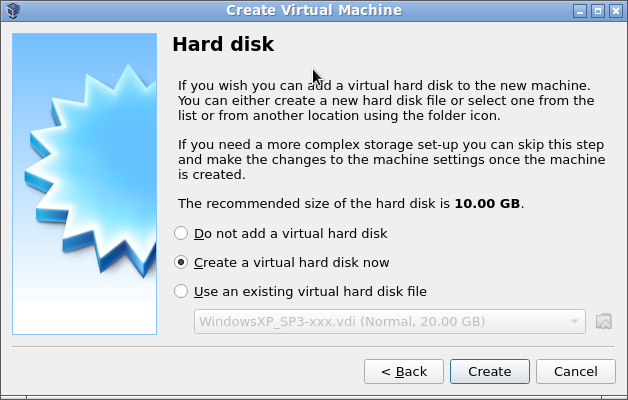 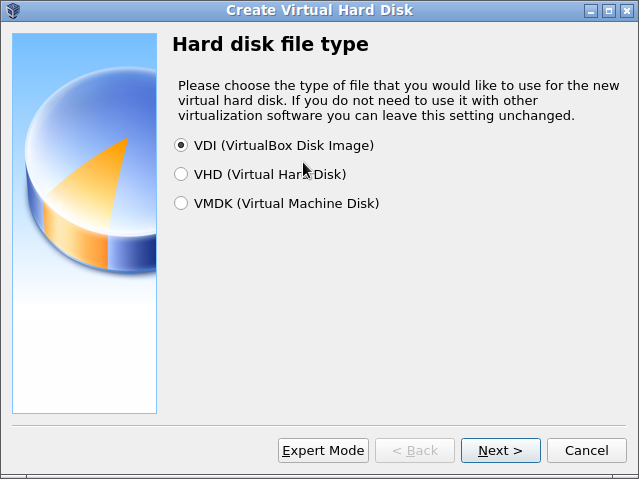 Select whether we need to dynamically grow the disk or just create a  fixed size and allocate the whole declared disk space in advance.

Select a location in your host file system to keep the hard disk image of the guest os. 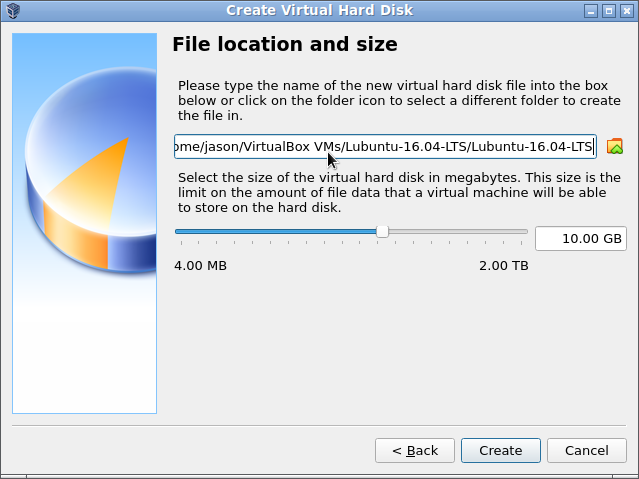 After successful creation of the virtual machine, it will show its properties on the right side pan

We can mount a bootable ISO image of an operating system from the storage options settings. 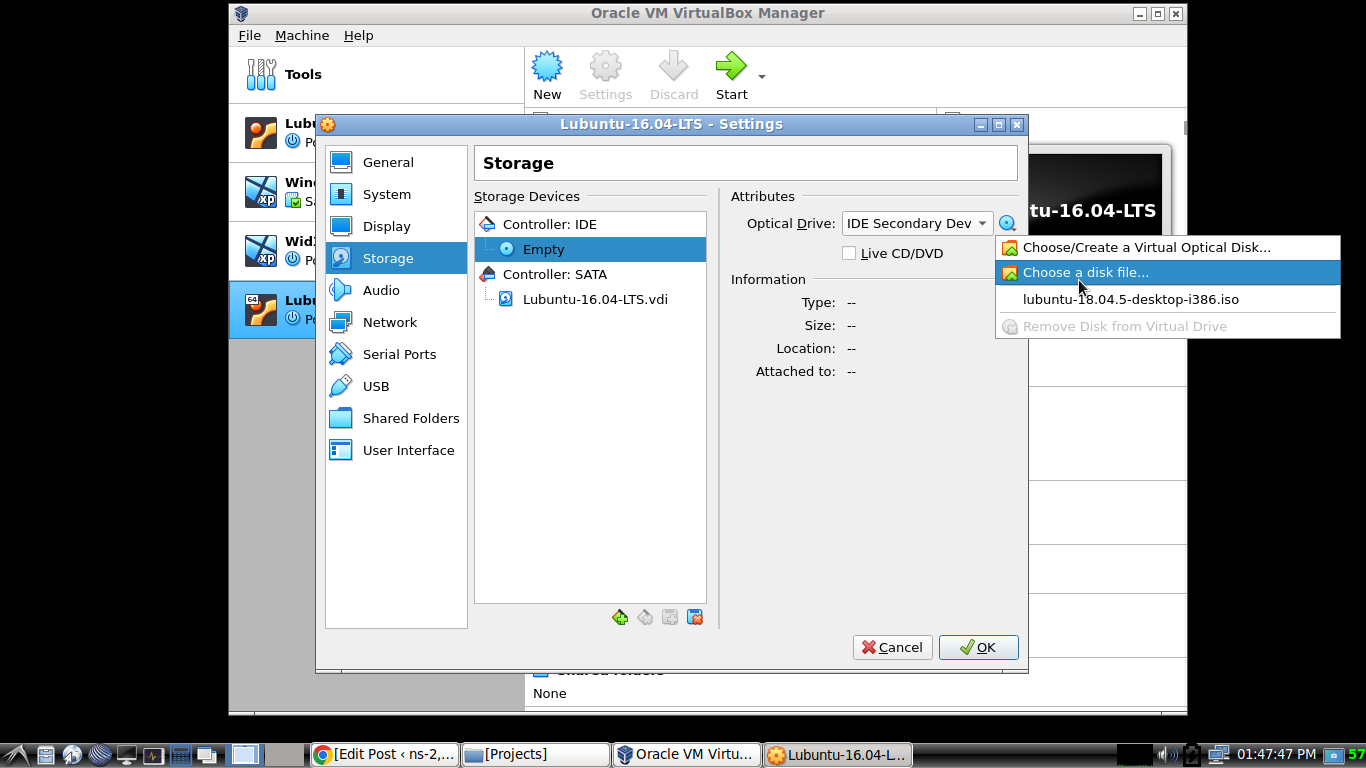 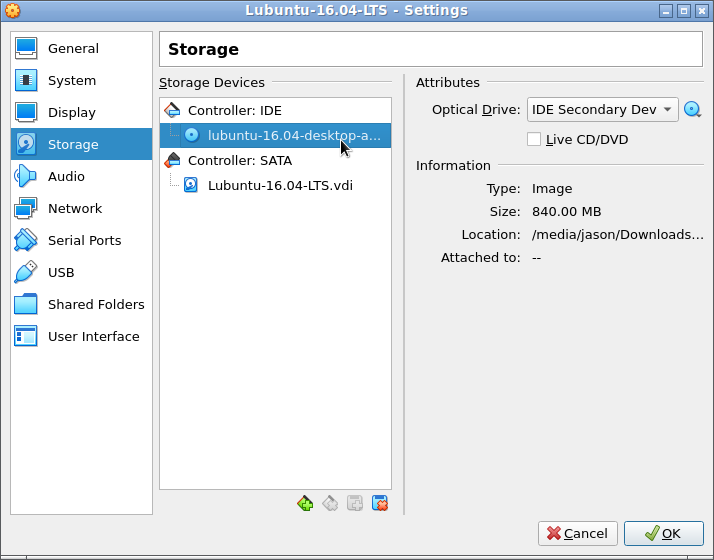 Now, just starting the new guest image (by selecting the name of the guiest and pressing the start button at the top menu) automatically starts the installation from the mounted iso image.

In the following, select  “Install Lubuntu” 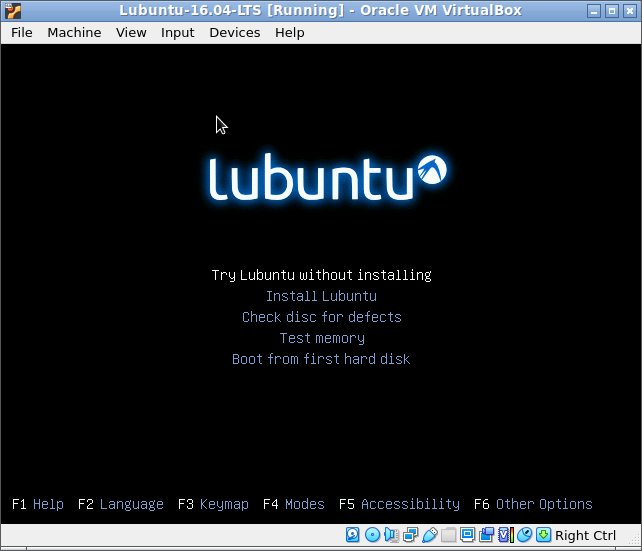 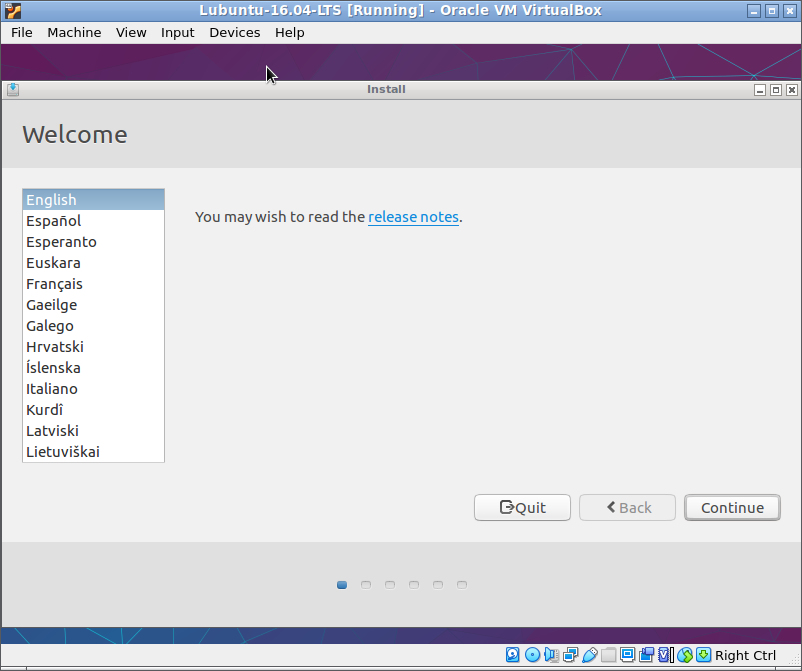 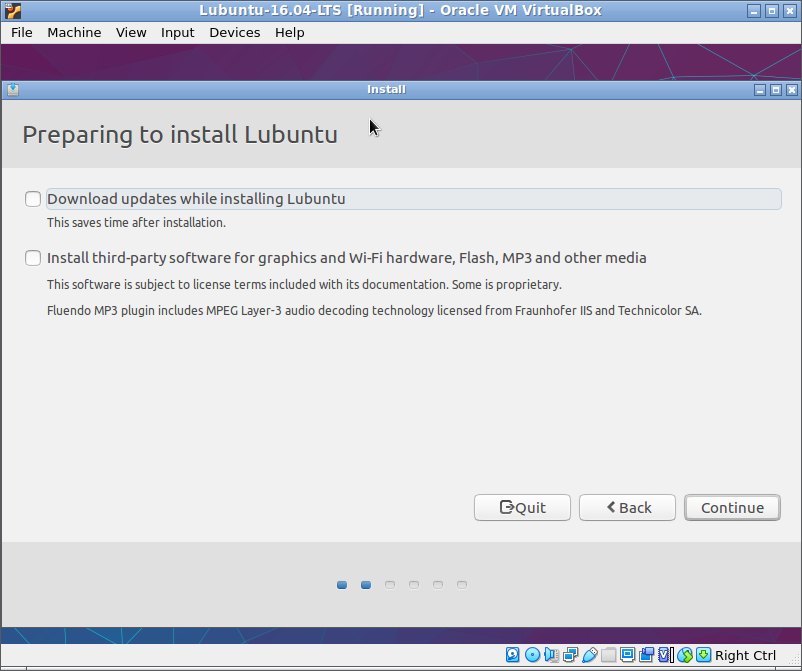 Since our disk image is new, we can select “Erase disk and install Lubuntu” option. 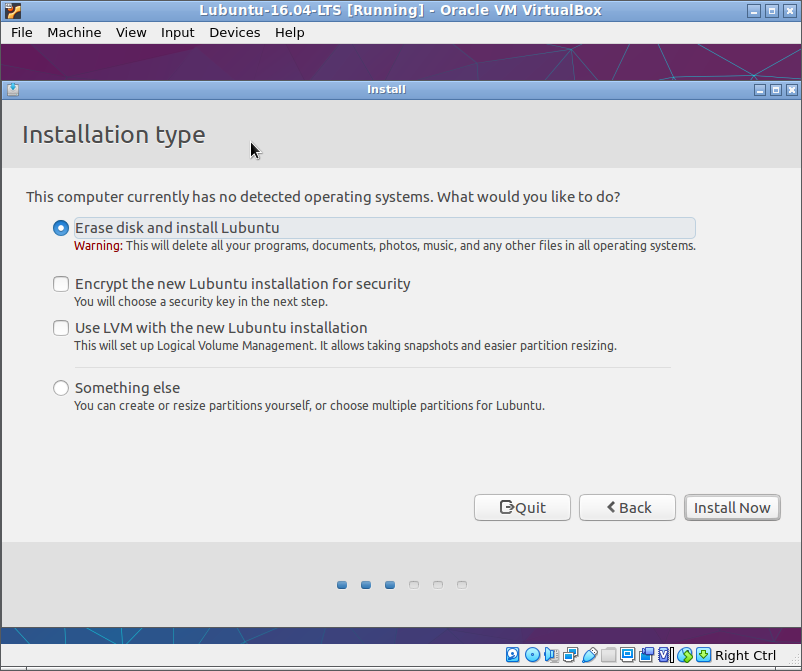 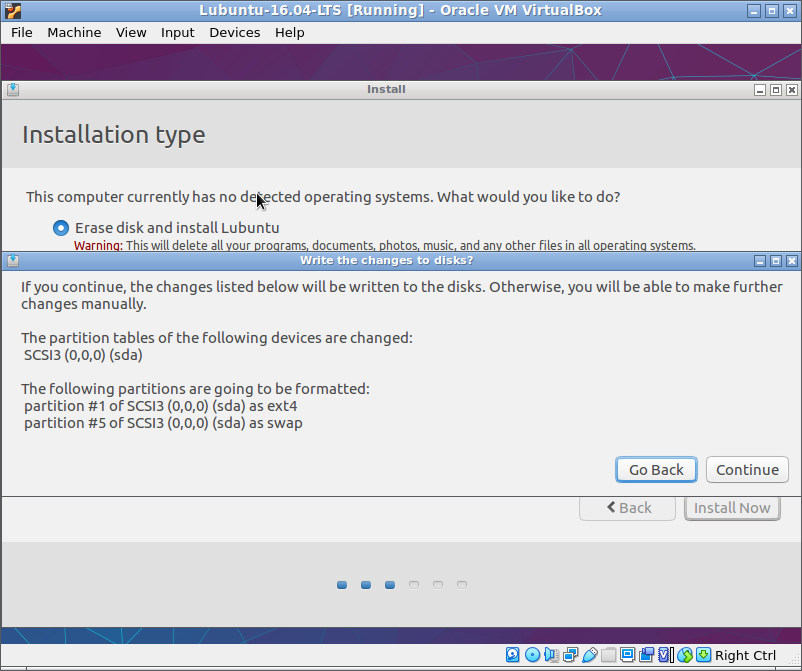 Select the time zone as per your geographical location. 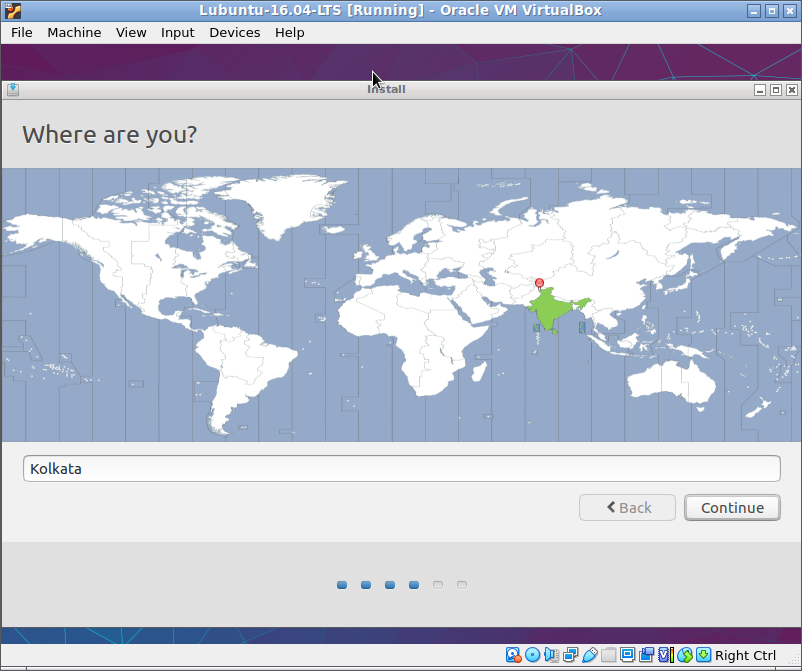 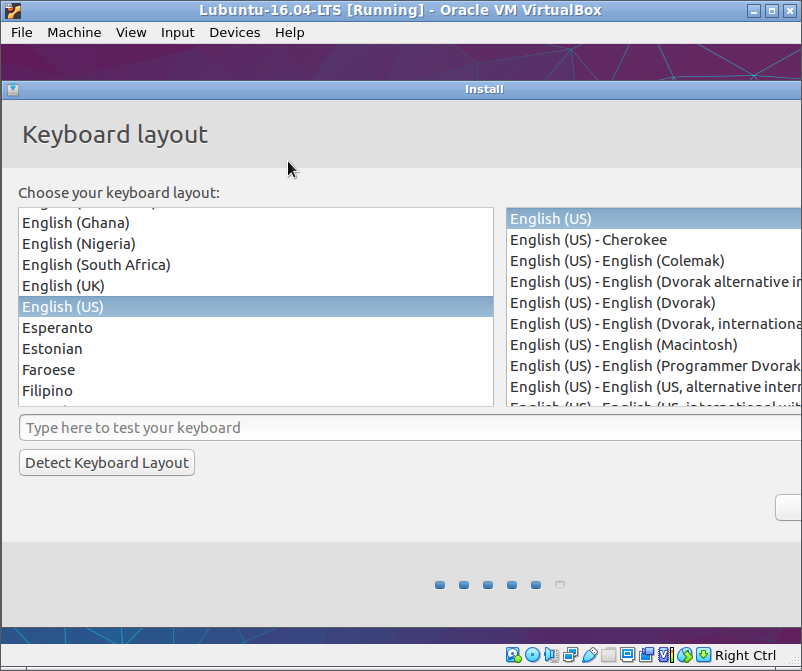 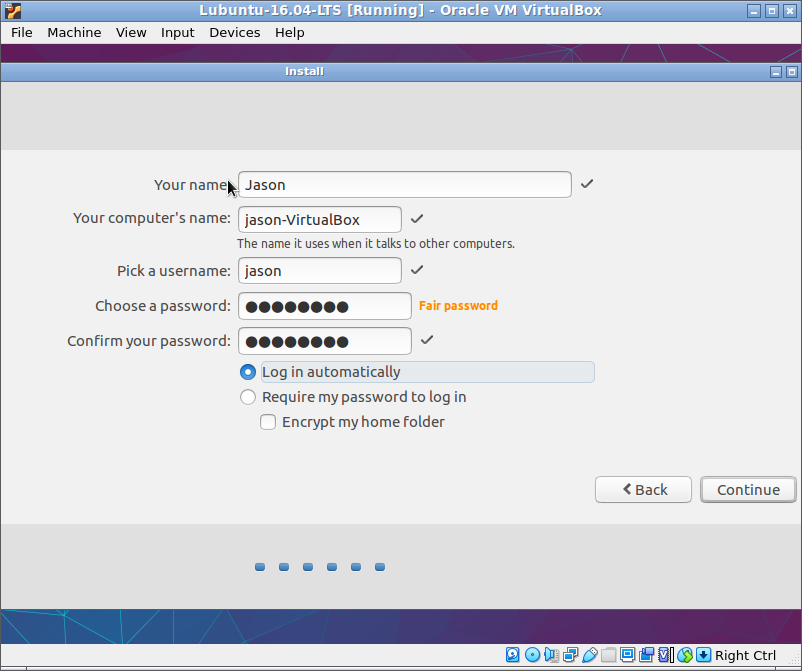 Now this will proceed with the installation and complete it with in a few minutes. 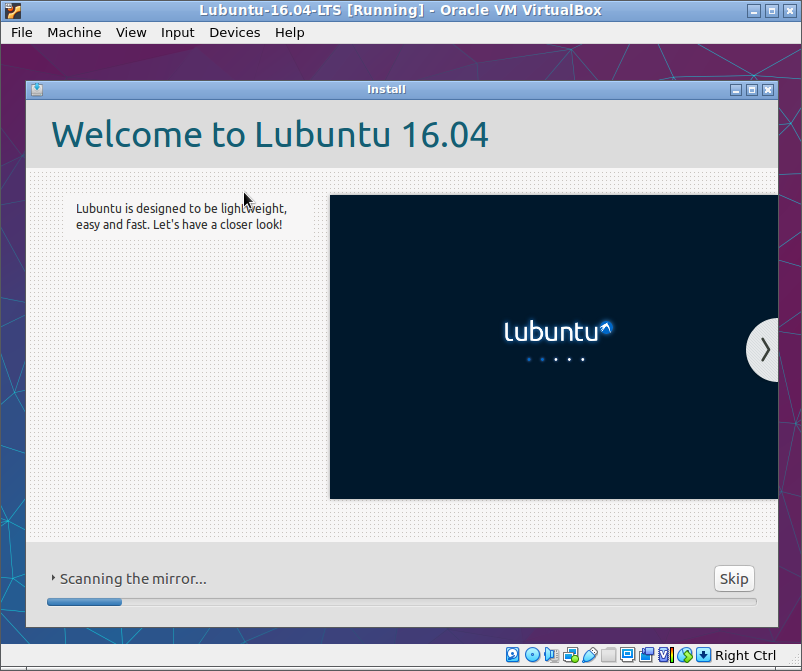 At the end of the installation, it will ask for reboot. 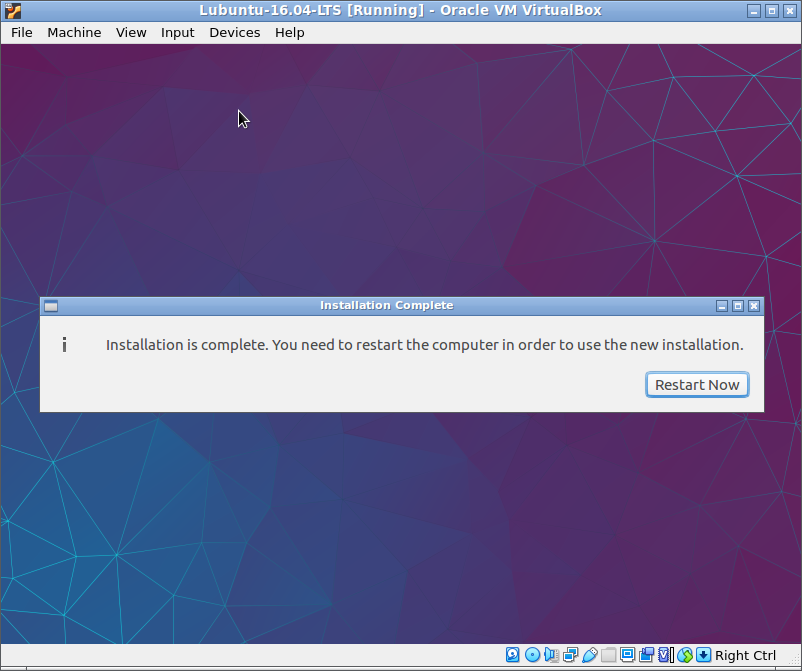 After restarting, it will boot the newly installed Linux system. 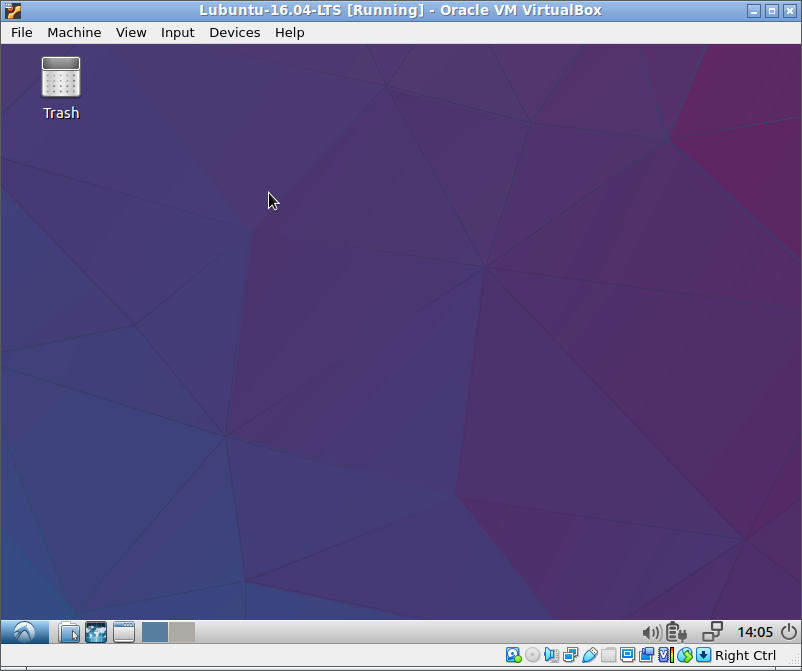 If you want to use the “seamless” mode and want to share the folders of your host os within the guest os, you will need a successful installation of VirtualBox Guest Additions 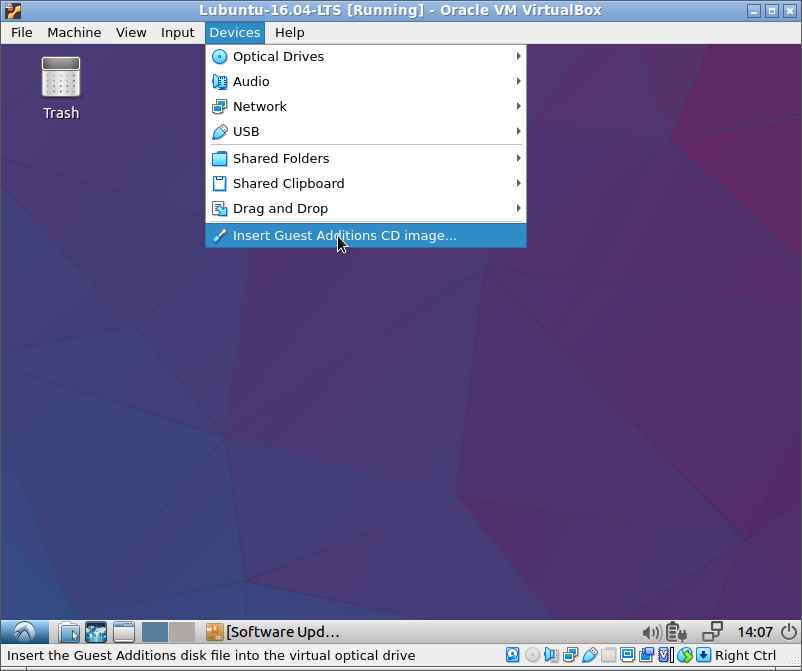 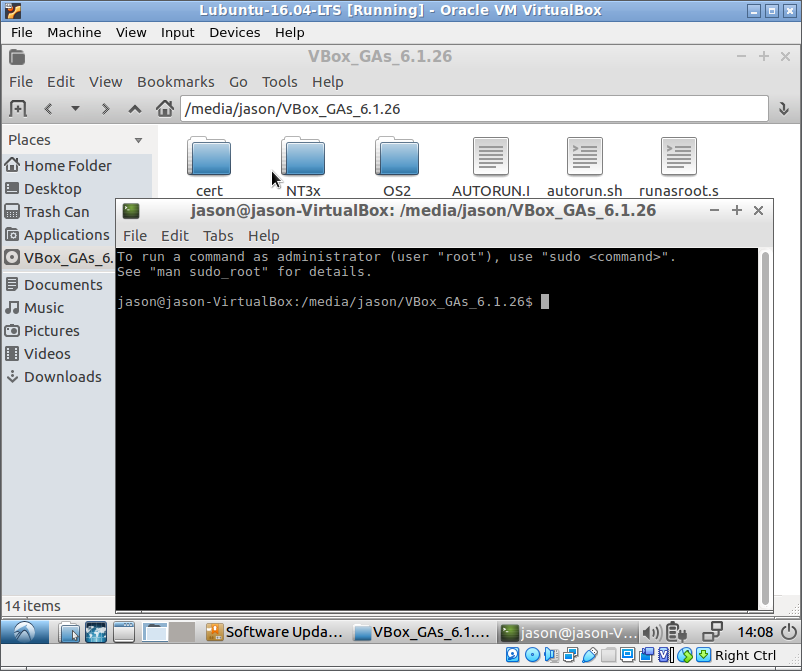 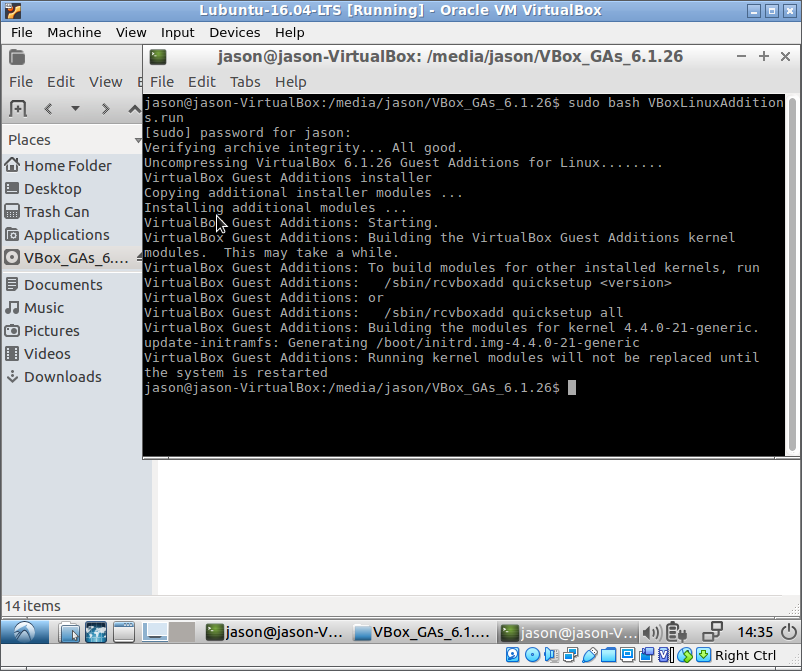 After successfully running the script VBpxLinuxAdditions.run, and after rebooting the system, now we can switch to seamless mode from the VirtualBox Menu.

Even after successfully installation of  VirtualBox Guest Additions, mounting a folder of a host file system under the guest OS will simply fail with errors like “permission denied” on the shared folder.

Resolving the “permission denied” error while using the shared folder.

Now we can open the host folders that are shared in the guest OS.

This kind of “sharing the host folder” with the guest OS is often needed because we may have some previously downloaded software under the host OS and want to install it under the new guest OS.

Enabling Copy Past between the Host and the Guest

During installing something under the new guest OS, often we may need to copy some text from the Host’s internet browser and past it in the terminal window of the guest OS. Before trying to do such copy/past operation, we have to enable the “shared clipboard” and “Drag’n’Drop” features from the VirtualBox’s host OS settings.  These “shared clipboard” and “Drag’n’Drop” features will only work if we previously installed the VirtualBox Guest Additions in the correct way. 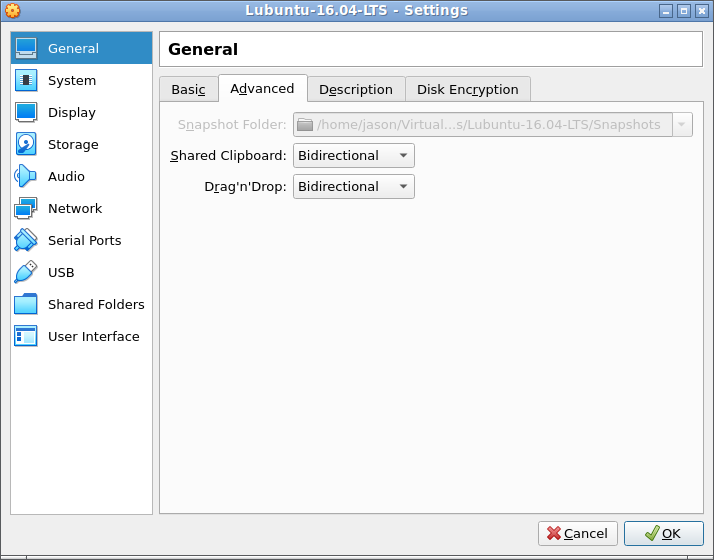 Uses of this Old Linux Guest

We may now install a old version of software under this virtual guest OS.

For example, we may try to install a old version of aquasim as explained in the following procedure.

Or we may try to install a old 3D visualization tool “Aqua3D” as explained in the following procedure. 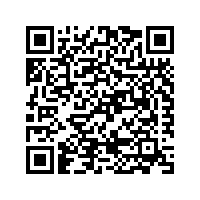