FLoRa (Framework for LoRa) is a simulation framework developed by Mariusz Slabicki, Gopika Premsankar for carrying out end-to-end simulations for LoRa networks. It is based on the OMNeT++ network simulator and uses components from the INET framework as well[1].

The article[4] provides the overviews and the design of FLoRa and some of its key features.

The following diagram from[4] describes the Modules available in FLoRa and the corresponding protocol stack.

The Modules available in FLoRa and the corresponding protocol stack[4].

The following pseudo-code of the algorithm from [4] explains the ADR component implemented at the nodes. 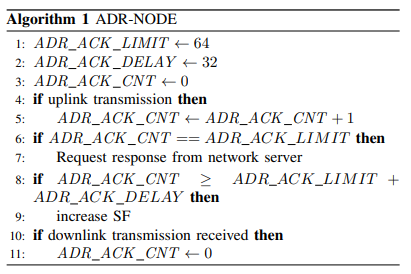 The ADR Component at Node[4]

The following pseudo-code of the algoritym from [4] explains the ADR component implemented at the network server. 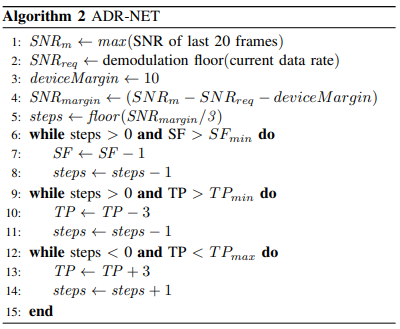 The ADR Component at Server[4]

FLoRA was initially released in 2017 and has received several updates since then. We may check the old versions and their compatibility with the different OMNeT++ version and INET versions at [3].

You may refer the following article for the installation of OMNet++ 6.0

At the end of the same article you will see the automatic way in which INET 4.4 is getting installed. 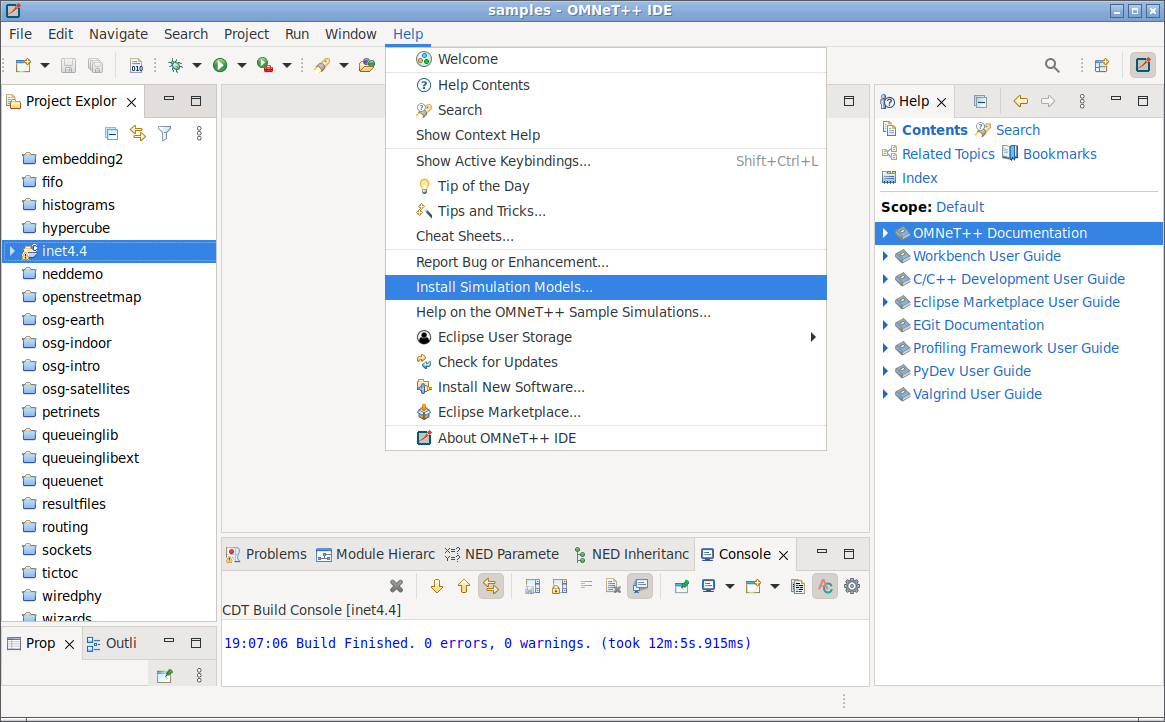 Select FLoRa from the list of available models and press 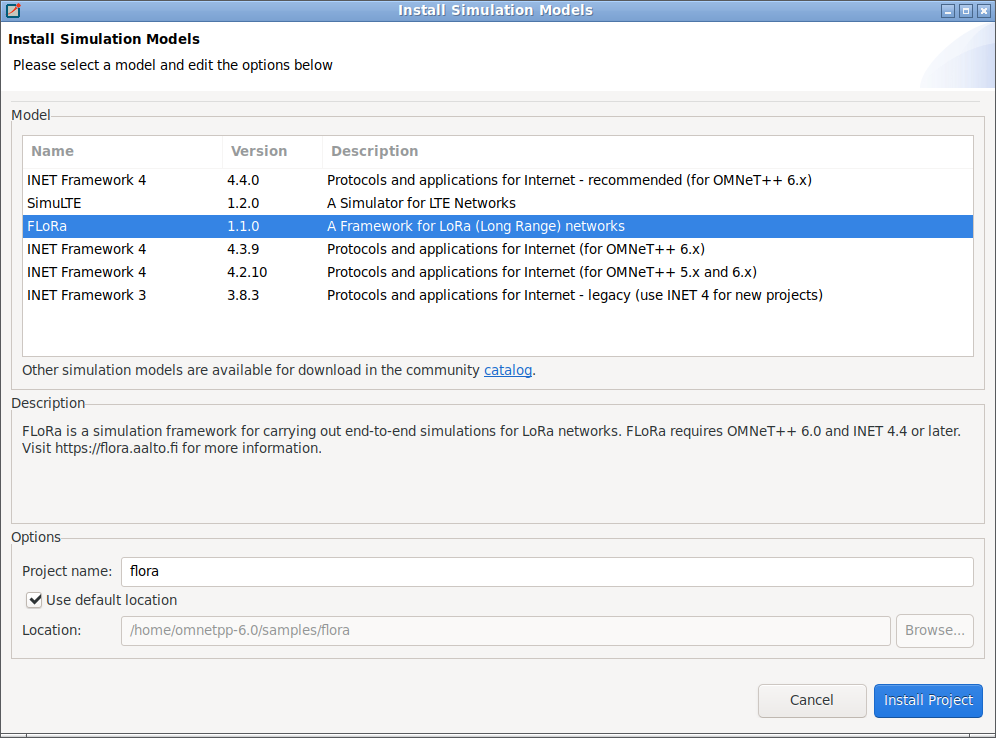 It will start installing the FLoRA model. You will see the progress in the console window at the middle bottom. 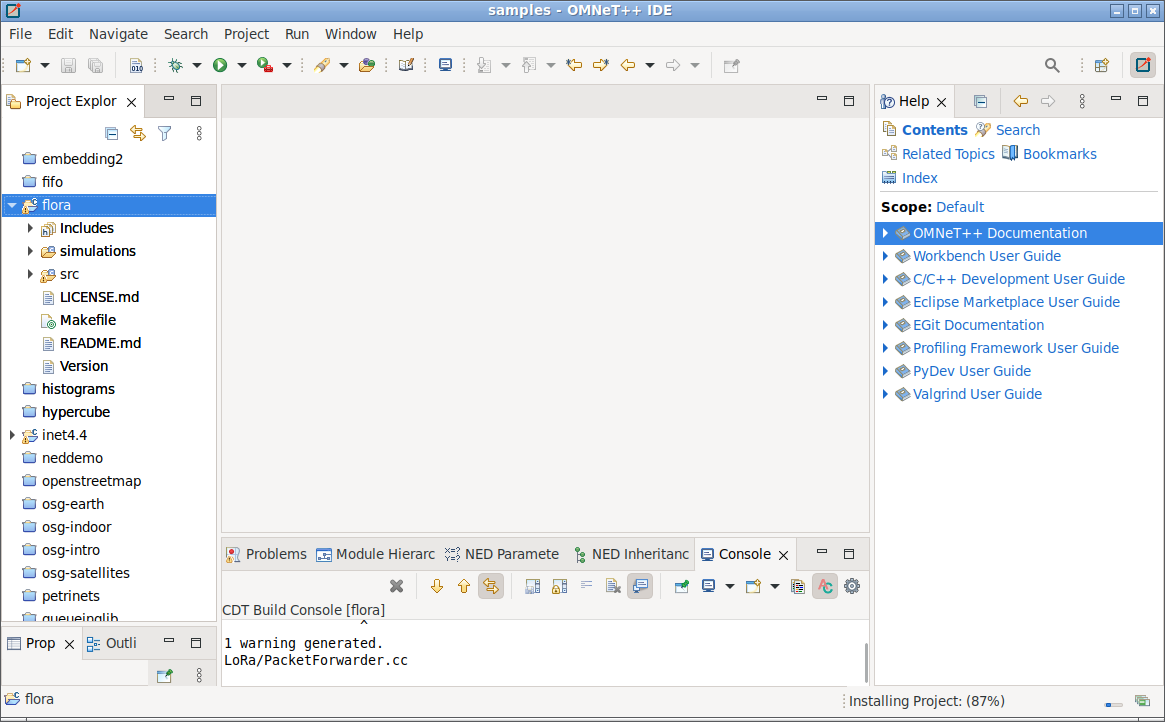 At the end of the successful install/build, you will see the “successful build” message at the middle-bottom console window. 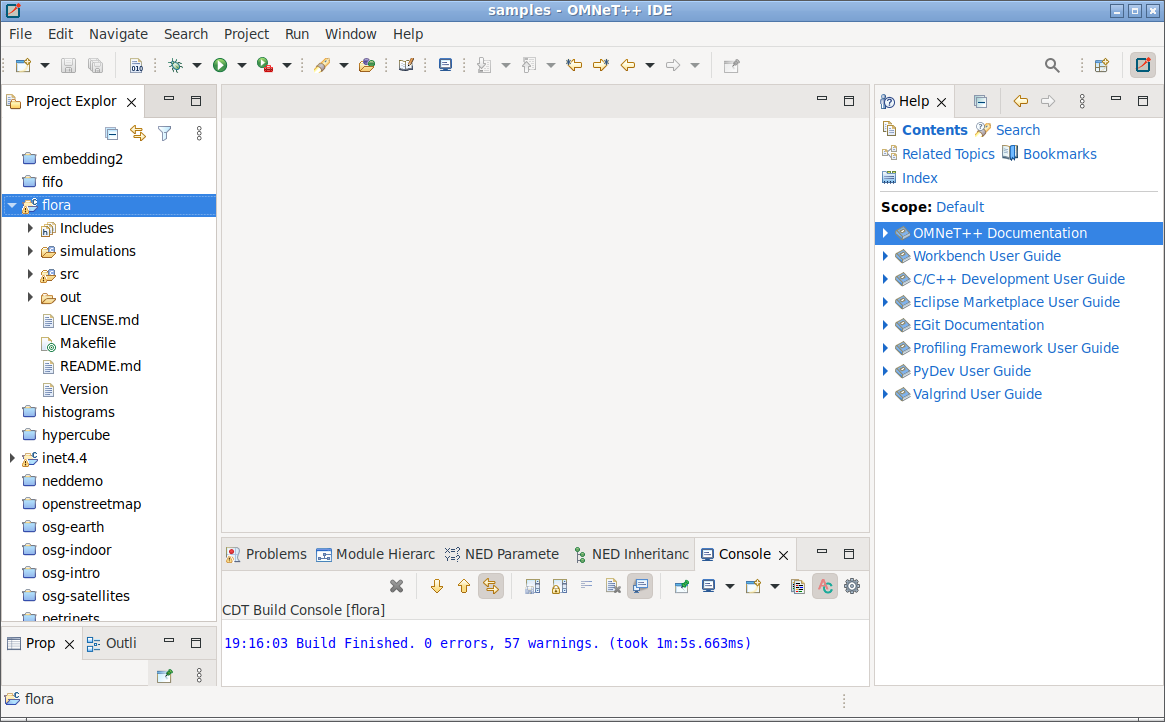 Testing FLoRa with an Example Scenario

The following screen shot shows the progress of the compile operation of a sample FLoRa Network Scenario. 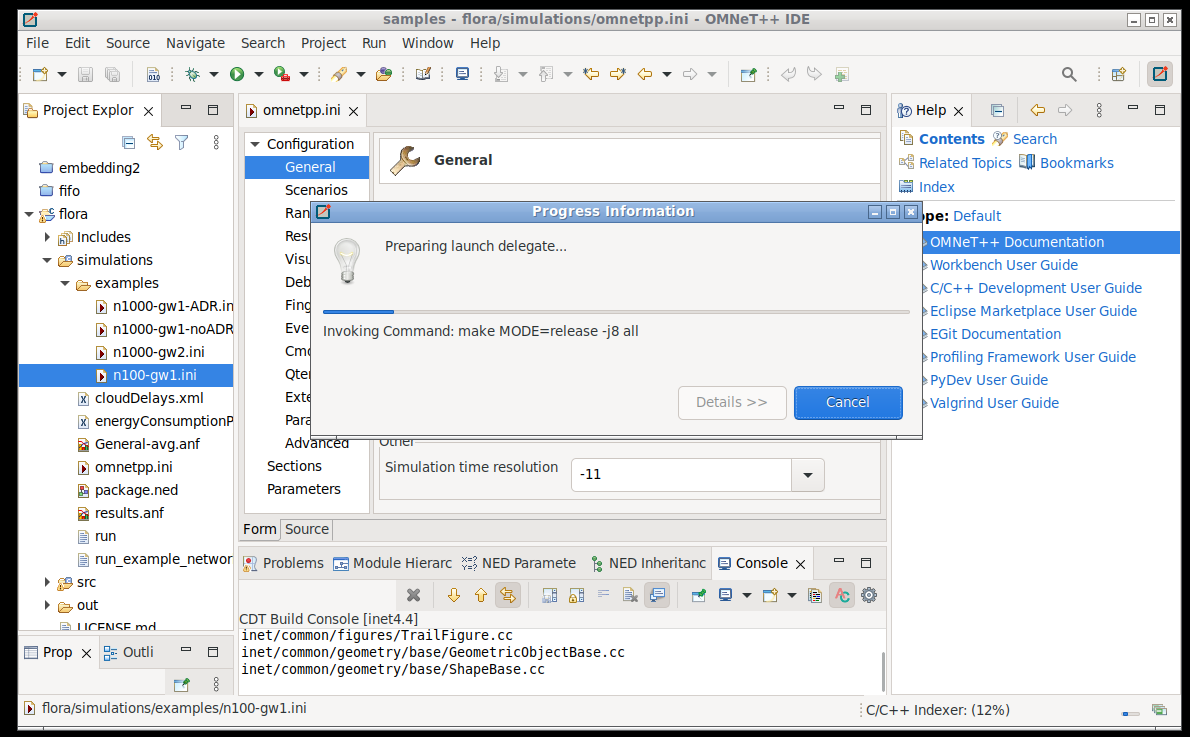 Implementing our own, new ADR Algorithm

The following section shows the way to implement our own ADR model inside the FLoRa Framework.