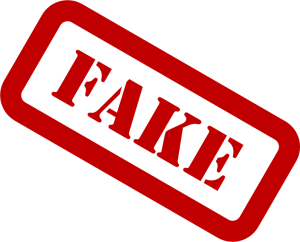 Scholars are not only the people who will do fake papers and publishing them in a reputed journal – even most of the journals and their review mechanism were fake so that one can easily publish any ‘nonsense paper’ in most of such journals.

Since a scholar will be ready to spend much for the review and publication in a journal,  running a journal is a good business for some cheating people.  They attract scholars through attractive advertisements and by sending spam emails to the scholar’s personal mail IDs and an institution’s official mail IDs. Even such fake journals organize some fake conferences and trap scholars and make them publish the scholars work in their journals.

What are the real impacts of Fake Journals on Research :

Ok. Now, if a genuine scholar is doing genuine research and really find a hard way to achieve 78..5% accuracy in this classification problem, then the real research work will never get appreciated or recognized by anyone because of these previously published fake papers with 85% and 90% accuracy.  Of course, the attained 78..5% accuracy in this classification problem may be a real scientific accomplishment – but (mistakenly) it will never be considered because of the previous fake publications. 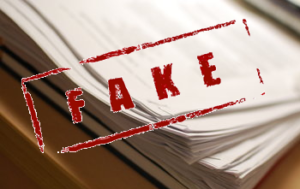 Here we present some of the experiments that some intelligent people made to identify and reveal the real face of some of the fake journals.

As a medical researcher at Harvard, Mark Shrime gets a very special kind of spam in his inbox: every day, he receives at least one request from an open-access medical journal promising to publish his research if he would only pay $500.Shrime decided to see how easy it would be to publish an article. So he made one up. Like, he literally made one up. He did it using www.randomtextgenerator.com. The article is entitled “Cuckoo for Cocoa Puffs?” and its authors are the venerable Pinkerton A. LeBrain and Orson Welles. The subtitle reads: “The surgical and neoplastic role of cacao extract in breakfast cereals.” Shrime submitted it to 37 journals over two weeks and, so far, 17 of them have accepted it.(They have not “published” it, but say they will as soon as Shrime pays the $500. This is often referred to as a “processing fee.” Shrime has no plans to pay them.)

In 2005, computer scientists David Mazières and Eddie Kohlercreated this highly profane ten-page paper as a joke, to send in reply to unwanted conference invitations. It literally just contains that seven-word phrase over and over, along with a nice flow chart and scatter-plot graph with the same even-word phrase.

An Australian computer scientist named Peter Vamplew sent it to the International Journal of Advanced Computer Technology in response to spam from the journal. Apparently, he thought the editors might simply open and read it.

Instead, they automatically accepted the paper — with an anonymous reviewer rating it as “excellent” — and requested a fee of $150.

A scientific study by Maggie Simpson, Edna Krabappel, and Kim Jong Fun has been accepted by two journals.

Of course, none of these fictional characters actually wrote the paper, titled “Fuzzy, Homogeneous Configurations.” Rather, it’s a nonsensical text, submitted by engineer Alex Smolyanitsky in an effort to expose a pair of scientific journals — the Journal of Computational Intelligence and Electronic Systems and the comic sans-loving Aperito Journal of NanoScience Technology.

These outlets both belong to a world of predatory journals that spam thousands of scientists, offering to publish their work — whatever it is — for a fee, without actually conducting peer review. When Smolyanitsky was contacted by them, he submitted the paper, which has a totally incoherent, science-esque text written by SCIgen, a random text generator.

Even though there are so many scientific methods deployed in the automation of a journals’ review process, still there are holes and weaknesses in it. So that, even the scholar can really able to cheat a genuine journal to a certain extent. But, a fake journal can easily cheat a scholar with very little effort. Whether a Journal is cheating a scholar or a scholar is cheating a journal, without any doubt, it is a great humiliation to the real research community. Both of these practices should be removed to safeguard the real research spirit.
A Fake Paper Never Promote a Research or even the Researcher. So Never intend to do it. 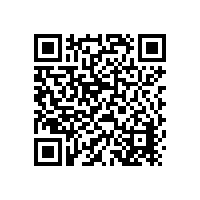