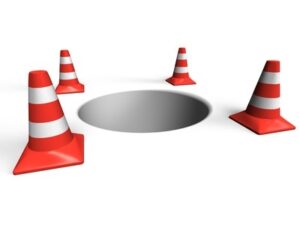 Generally, lecturers and professors of most of the colleges and universities of India and some other Counties, expects a Post Graduate level student to do his project or research work based on an IEEE paper or a research paper from such a reputed Journal. So a student is forced to select one such paper based on his ignorance and call it his “base paper”. For example, if he is a student of CS or ECE or a similar course, then the student is expected to do his project based on a simulator like ns2 or expected to implement this idea in a real system at least under Matlab or other programming tools.

Will it be really possible for an average M.E/M.Tech student, to complete this task within two years? Ok. It depends on the ability of the student and the complexity of the work presented in that paper. If the student is really bright and the complexity is moderate and the previous work is based on (or the previous work itself is) an open-source work, then it may be possible for that bright student to complete this task within his course duration else, the student will be in a miserable situation

As we know, the curriculum certainly not giving sufficient knowledge to all the students(or any of them) to understand such an IEEE level of research paper/concept or a complex simulator such as ns2.

Understanding the  Complexity of a Typical Journal Paper.

To understand the complexity of a typical journal paper, first, we should know about the manuscript submission and publication process of a reputed journal.
A paper/article submission to a journal and a typical journal’s publication process generally will contain the following steps/phases (read more about them from the internet using suitable keywords).

Each and every paper that is going to be published in a journal will face these phases, and practice these steps will consume time and the author’s efforts.

For example, if you see a genuine research paper/article from a genuine, reputed journal J1, you may notice a typical publication history in a corner of that journal article, and it may resemble the following one.

Even though the student is having the “Current published version of that paper” dated June 15, 2006, the overall work has almost 6 years of history and hard work. So, the authors, one after another, spent almost 6 years of their efforts on it. – And finally, he is (the poor student) holding it in his hand which just already consumed, at least, 6 man-years.

Every real research will have this kind of long historical root and milestones and the hard work of several people, of course.

Since, these poor M.E/M.Tech students are not having such kind of supernatural powers or extraordinary superhuman capabilities, they are forced to do fake works and manage their thesis submission in one way or another.

Searching for Support and Falling in a Pitfall. 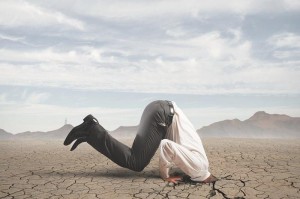 Ok. I want to put all possible keywords to trap Google or any other search engine to point this article at the top; so that any student searching the internet with such keyword should read this article and be aware of this IEEE Project pitfalls.

(warning: Even the auto-generated Google advertisements links in our website may also lead you to one of such pitfalls)

If you search google, you may find a lot of computer centres and institutions that were providing “IEEE Projects”. But definitely, google will not help to find the correct, genuine IEEE Project centre that may provide real support to you – it is up to you to find it with your own “technical” knowledge

In such typical ns2/Matlab project centres, they will be people having a “list of projects” which will be based on the current year IEEE published papers. That “list of projects” will try to include all the published papers of that year and previous. And they claim that they are having all concepts/algorithms of those papers implemented in ns2 or Matlab and they claim that they also improved all those references works to another level. (implemented base paper + improved work). Ok. If a person is capable of improving all the recently published IEEE paper works, his achievement should be recorded by “Ripley’s Believe it or Not” or “Guinness World Records” or at least his name will be recommended for the current year’s ‘Nobel Prize’.

The students who fall into any one of these IEEE Project pitfalls generally will submit a fake work or fake thesis. Doing a postgraduate level project is a really stressful job. Doing that project with the help of these “IEEE Project Work Centers” will make it a little more stressful and fearful job. Once, if a student gets aware that he is dealing with a fake work and going to submit a fake thesis, then his stress will increase multi-fold and up to his project submission and completion of viva voce, he will just live like a zombie.

Such fake submissions will never promote any research and will not be a seed for any innovations. It will never promote a research community. Instead, it will just spoil some other people’s real research work (How a fake project submission or a fake paper publication will affect real innovative research? we may discuss it in another article)

Searching for a Good Teacher.

In fact, most of the tutors/engineers who are teaching ns2 or doing(?) ns2 projects at those “IEEE Project” institutes will not be capable of writing a new protocol or even modifying an existing protocol for ns2 or even able to understand any existing protocols or code of ns2. Even if one has such capacity to do such a high level of ns2 coding, then certainly he will not do “the so-called IEEE level work” for a B.E/M.E/M.S/M.Tech Student for a small remuneration. Further, if a person will be having that much skill-set, then probably he will not be working for such an institute as a tutor/teacher. Most of the projects submitted in India were fake projects and mostly those fake projects were done by those fake ns2 teachers/engineers.

So do not search for a good teacher for teaching you ns2 – because that good teacher is sleeping inside you. Just wake him up – that’s all. There are a lot of free virtual teachers and teaching materials available on the Internet. Just follow them – you will learn it.
If a research student is having a “real research problem of his own” in his hand, then he is the only person in this world who can really do something about it. No one will really wish to carry all your burdens. If a researcher is going to submit a thesis, then he is the only person who can present it in a better shape because he will only know all the weaknesses and strengths of his work.

For a real researcher, it may take several years to really understand what is a network simulation in ns2. After that much time only, one can really contribute something to his research work. Certainly, not all of us will have that much time to learn ns2 or at least a person who already spent that much time to learn ns2, will not have that much patience to teach it to another.  Generally, I will also never try to ‘teach ns2’ because, certainly I know that, I can not able to make one understand ns2. (that is why in most of my posts I start like “ here we assume that the student is a postgraduate or research level student having sufficient knowledge on Linux and ns2” ) You may see a learning sequence in one of my posts in our forum. It may give you some idea to start with ns2.  Will it be Ns2/or any other complex thing, just start your learning without any expectations and scope – one day you will find your scope and know the way of reaching it.

What a Teacher can Really do to Safeguard Future Research?

Indian curriculum is not having a proven system that will transform a normal student into a researcher or scientist. In our curriculum, we learn/memorize a lot of things but, certainly not learning anything about real research even at a very small scale. But, if you see the colleges or universities of the UK, the US, and some other countries, there, the lecturers and professors will generally give projects or assignments which are well within the knowledge and imagination of the student, within limits of the student’s programming skill and the capacities of the individual students and within the things which they really taught in the curriculum – or at least within the limit of that teacher himself.  If a teacher from a good university is giving an assignment to a student to improve a very complex system, then at least that existing system will be a continuing project/research work of that university – so that the student will have a good starting point/framework for his research and at least he will be having a working existing system/framework with good documentation. If you search for technologies such as AI, Face Recognition, CBIR, etc., etc., then you will find some of the frontiers on those technologies and mostly a particular university/college have been involved in particular research for more than a decade.  So, it will be easy for the student of that university to promote that research to a higher level. They will promote the student step by step and make him understand what is research and finally the students really end up with some real innovations on their own.

Here at projectguideline.com, while students are trying to get help through the forum discussion or through private consultation, certainly we are not teaching them to cheat their teachers or college, instead, we teach them the ways to learn things necessary for doing a real research project. We will never support or encourage any fake research work. Of course, we are not teaching them to magically complete the typical “6 man-years” consuming journal paper-based work, (shown in the above example) within 6 months.  Instead, we advise them or guide them to select problems within their knowledge and limits. If a student already selected a problem and requesting support, we provide them help if and only if the problems which they selected is within their capacity and knowledge. We never cross ethical boundaries while teaching and providing research assistance. We are just laying the foundation of research in their mind and guide them for innovating things on their own.

We don’t say that we know things better than others and can make a student think beyond his capability– we just say that we try to bring real research work from a student out of the things which he already knows and within his limits and capacity.