Visual Studio Code (VS Code) is an open-source source-code editor made by Microsoft for Windows, Linux and macOS[1]. It has the support for debugging, syntax highlighting, intelligent code completion, snippets, code refactoring, embedded Git and having rich and freely available extensions. Since I am using VS Code under chroot jail, we need to setup chroot jail and install VS Code as well  as ns-3 under that chroot jail.

If you’re  not yet installed VS Code and ns-3, then you may complete the installation using the following two  procedures.

In the following article, we already mentioned the way of setting up a chroot jail and explained the advantages of installing ns-3 under chroot based environment.

VS Code is available from the official Apt repositories of Microsoft. We can download it and install it under Debian as explained below. I just followed the procedure presented in [3] – but I customized that procedure for installing it under chroot jail.

The following procedure explains the way of installing VS Code under Debian 10 chroot jail.

Installing VS Code under chroot and configuring it for ns-3

The following screenshot shows a typical default VS Code GUI: 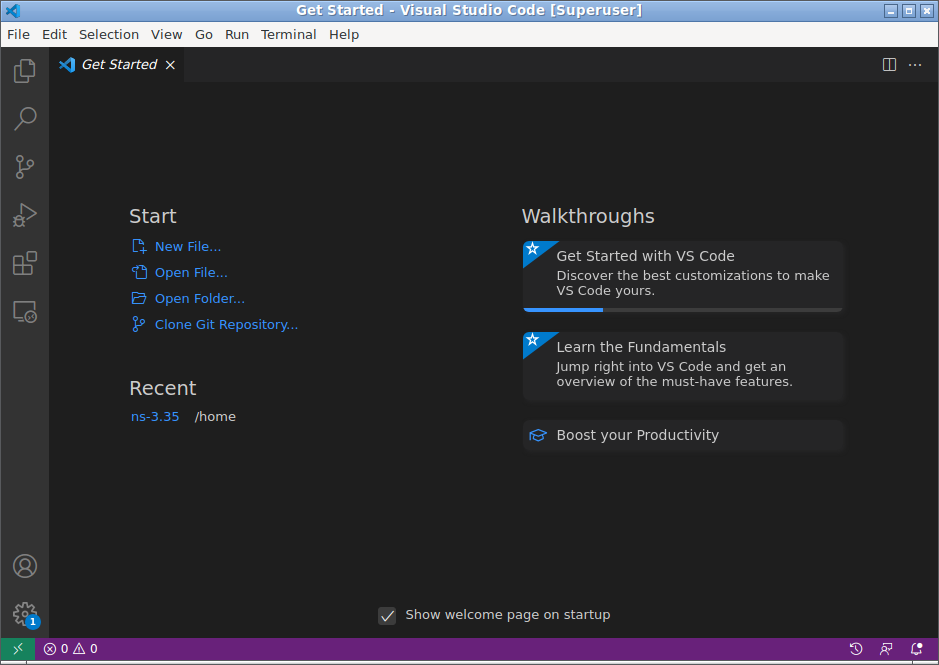 Configuring VS Code for ns-3.

I closely followed the configuration proceeded presented in [4].

The following steps explains the way in which we can install ns-3, VS Code under chroot-jail and how we can configure VS Code to do development on ns-3 using CMake.

We can install some important extensions that are necessary for working with ns-3. This can be done using the “Plugins” button

from the left side vertical panel of selecting the appropriate option from the top menu.

Two important plugins needed for working with ns-3 are : CMake and C++ plugins.

From the following screenshot, you can see the versions of the newly installed plugins. 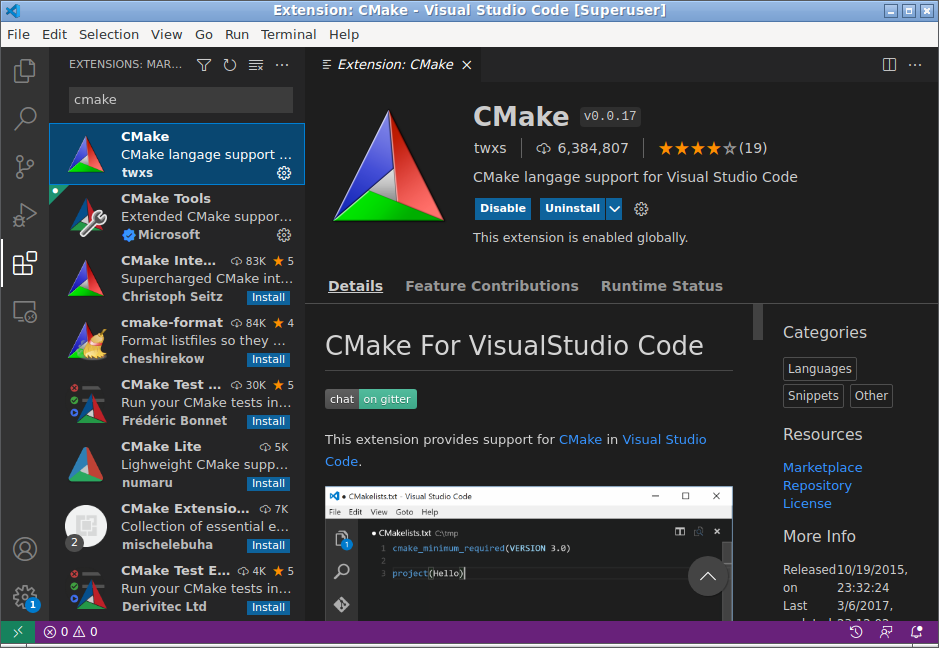 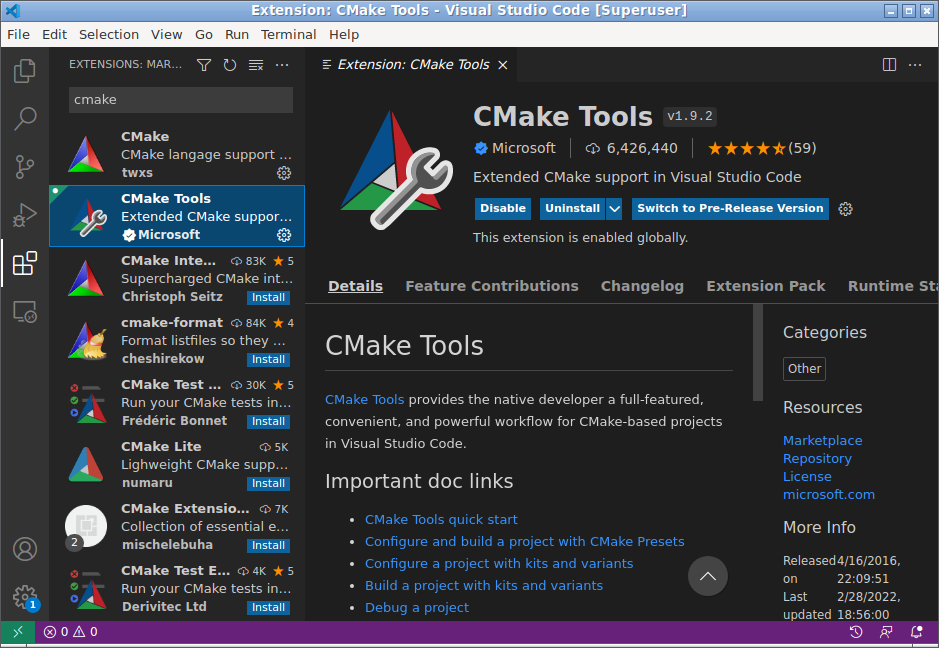 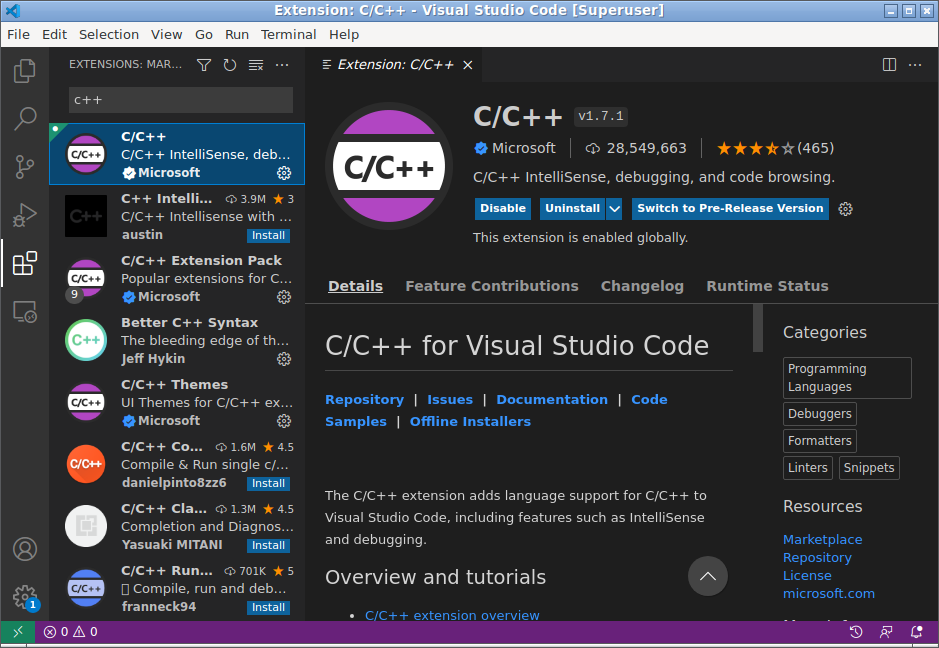 If you want to install the dev version of ns-3, then you may follow the following procedure:

Installing ns-3-dev Under chroot Jail and Compile with CMake

If you are selecting the previously installed ns-3.35 or ns-3-dev folder, then mostly, it will be ready to run it using CMake.

The following screenshot shows the ns-3-dev folder opened under VS Code editor. 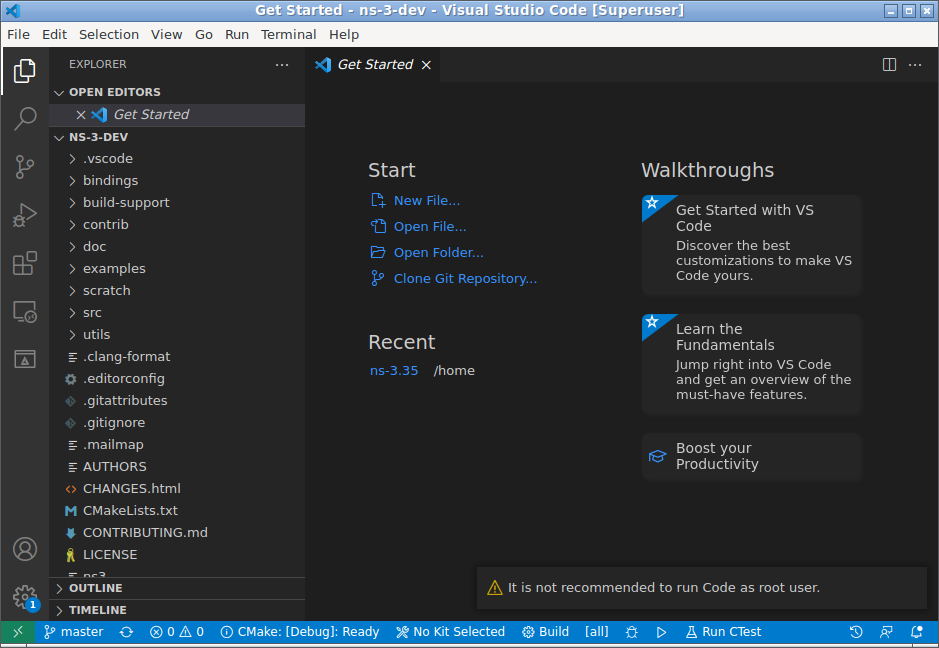 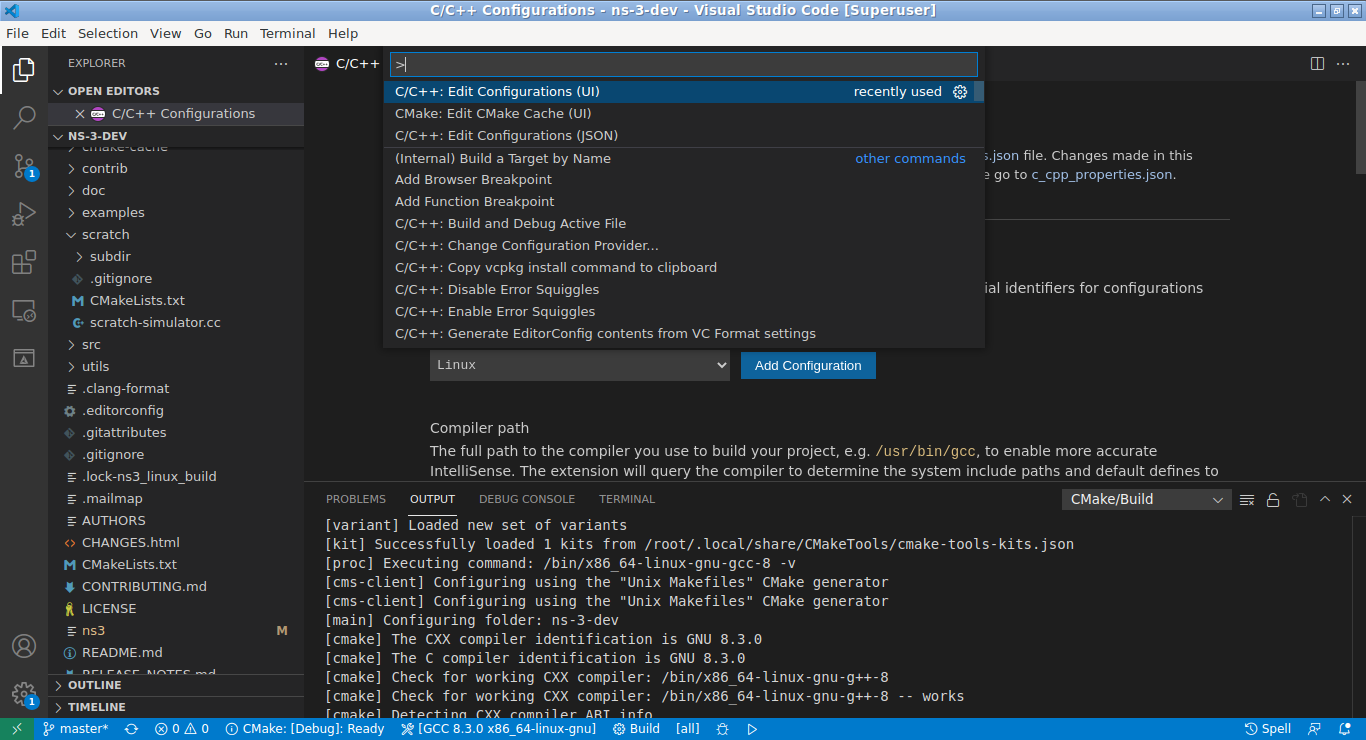 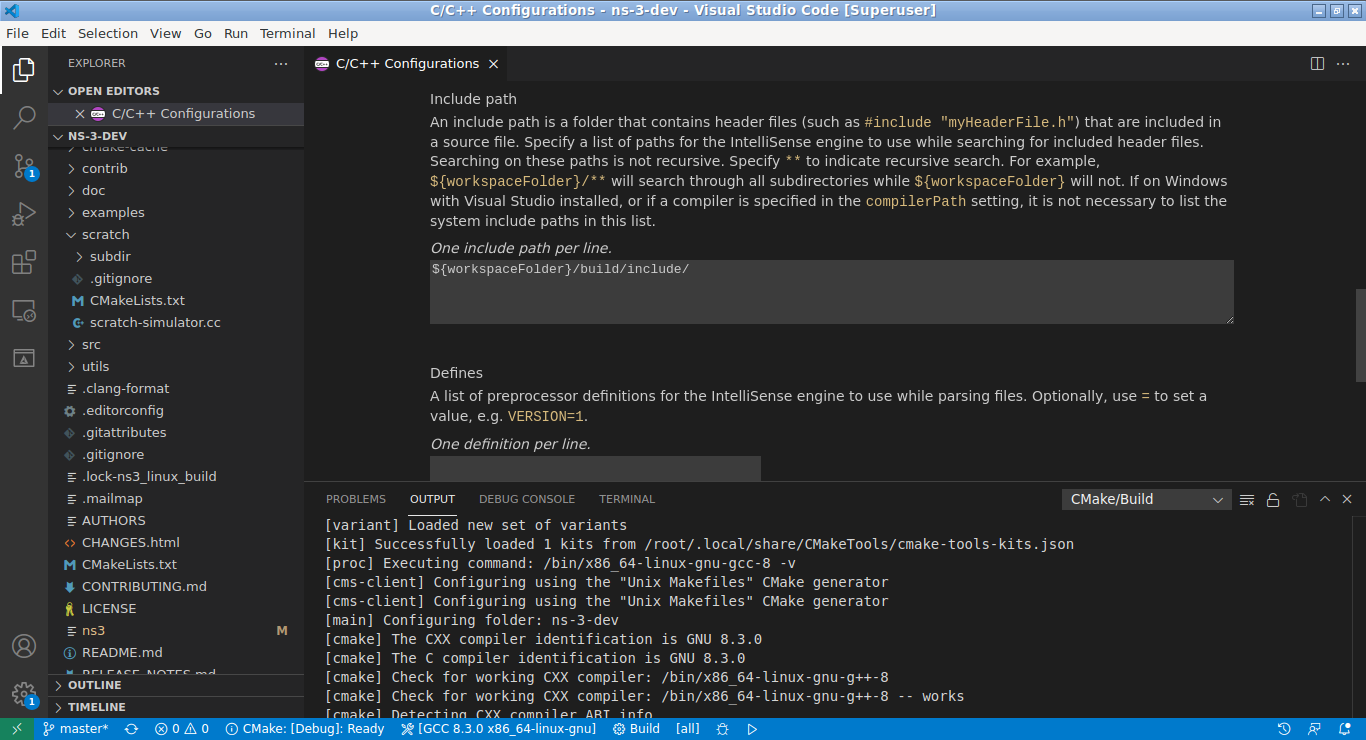 Of course, we may need to include the paths of other compiled binaries and other custom headers also.  It may be done as per the requirement. But, after including the path “${workspaceFolder}/build/include/ “, ns-3-dev is ready to use under VS Code Editor. The  features such as IntelliSense and debugging will work correctly – so that we can start our development under VS Code Editor.