Advances in optical wavelength division multiplexing (WDM) technology, which partitions the available bandwidth into a number of manageable smaller bandwidth channels, have made it a key technology for deployment in future network environments. There is considerable research and commercial activity to achieve optical WDM based networks. Simulation plays an important role in network protocol design, providing researchers with a cost effective method to analyze and study the behavior of proposed protocol models. However, a lack of uniformity in the choice of simulation platforms for optical WDM networks makes it difficult for researchers to exchange and compare obtained results under a common simulation environment. OWns is designed as an extension to the network simulator ns2, a multi-protocol network simulator that is widely-used for networking research and available in the public domain. The key characteristics of WDM networks, such as optical switching nodes, multi-wavelength links, virtual topology constructions, related switching schemes and routing algorithms were incorporated in owns.

nam is an animation tool that reads the trace output generated by ns and produces a visualization. A specific extension to nam, OWnam, is being developed to address the needs of visualizing WDM network simulation scenarios based on OWns. In OWnam, each traffic flow is still visualized by the conventional packet animation approach supported by nam. In order to support the characteristics of WDM networks, the OWnam extension introduces two components: the events monitor and virtual topology statistics.
The events monitor is used to capture and display dynamic events that occur in virtual topologies, such as lightpath requests for arrived traffic sessions, lightpath establishment and tear-down, etc. The events monitor can be activated as a separate window or as an annotation panel of main window. By clicking on a particular event, the playback can be immediately switched to the context where the event occurs. This allows us to detect and examine interesting occurrences.
The conventional animation component of nam only displays the details of data packet transmission over the simulated physical topology, and the dynamic information associated with the virtual topology cannot be visualized and presented to viewers. The virtual topology statistics component is designed to bridge this gap. The dynamic information of the virtual topology involves the state of lightpath establishment, wavelength usage on multi-wavelength links, etc. The virtual topology statistics component provides two ways to display this information. First, clicking on any of displayed links will pop out a one-shot panel showing the information for this link, including current wavelength usage and lightpaths established over this link. Second, a separate window is used to display the dynamic virtual topology.

The Tcl Code for Simulating a Ring Network

Important Parameters of this WDM Simulation

Setting up the Traffic

A Simulated 9-node Ring network with some traffic

OWNS extensions have been successfully added in ns2 version 2.1b6.
A preliminary ring network was constructed and visualized using Network Animation tool 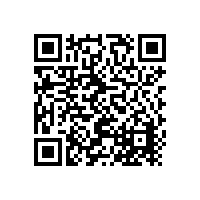