The Value of a Ph.D. Research in India:

Nowadays, the respect for an M.Phil (Master of Philosophy)  Degree has almost vanished.

A decade ago, there was some respect for a Ph,D. Degree and people gave respect for people/Lecturers those who completed their Ph.D.  But, in recent years, more people getting registered for a Ph.D. Courses and universities producing a lot and lot Ph.Ds without any fundamental scientific quality.

Early days, people/Lecturers did the research only because of a passion for innovation and discoveries. But nowadays, people are doing Ph.D. only for reaching a higher position in an institution and earning a higher salary.

A person may spend his entire life for searching an answer to a fundamental question. But he will be remembered as a scientist if and only if he really invented or innovated something

The Research Supervisors and Their Previous Research.

In India, if you request a supervisor/guide to give the soft copy of his thesis or simulation code that he developed for his research, then most probably, they will not give it or even show it to you. (Even though the copy may be available in University Library)  There may seem to be several reasons for that – but according to my belief, there may be any one of the following two possible reasons.

1 . Most probably, he (and 90 % of the guides) will not wish to show (his) idiotic idea that he proposed in his model and will not want to reveal the secrets of manipulated and ‘boosted’ results that he used in his papers and thesis. (these guides, will not be able to provide any guidance or support for their scholars but manage their scholars with some non-standard research methodology of their own)

2. If he is a real researcher( 9 % of the guides) and his research is a genuine piece of work,  then certainly he will be possessive and wish to safeguard that stare of the artwork and will not wish to give it to an immature Ph.D scholar who probably may miss-use it. (In fact, these guides can really able to provide guidance and support – but never will provide it in an easy way – because, they really worked hard while doing their research work – so, only expect their students to travel through that same hard way)

Only very few people/guides (the remaining 1%) are really sharing the code that they developed for their research.  Because they may be generous or may feel proud in showing their genuine piece of work or they may do it based on some open source licence or through a funded project which has public interest. (since these guides will always be ready to provide their previous code and knowledge to anyone, it will not be any problem for them for providing the same to their own students and scholars)

Why Scholars Do Fake Papers

But what is happening now?

University or a research supervisor is expecting the scholar to publish his paper in a reputed journal with a high impact factor.

Amazingly, a lot of such journals are ‘ignorantly’ accepting and publishing papers with some idiotic ideas and papers with fake ideas and fake results.

As a result, the research scholars are encouraged for doing fake research works,

Even, some scholars started to believe that, for doing such fake work, one should have good(?) knowledge then only they can convince their research supervisor/guide as well as the reviewers of any popular journal.

Most of the research scholars are really working hard to understand things and try two write some code, but, within their time limits and knowledge, they are only capable to do fake code and fake research work.

Doing a Fake work by Ignorance.

Because of mere ignorance and poor research background, a scholar may believe that he invented an “innovative model or idea” and even may do a wrong validation and prove it in a very wrong way.  Even though it will be a highly idiotic thing, without realizing it, he may try to publish that work in a journal – and even that journal itself may publish that nonsense paper without noticing its idiotic nature. It may be hard to believe, but this is really happening here.

A scholar may start his research with a lot of ambition, enthusiasm and hope. But after some time, after exploring various ideas that were presented in a lot of previous papers, generally a scholar will lose his hope in achieving anything new in that research area. Even he may find trouble in implementing any simple existing system or previous model which may be the starting point of his research. If he will manage to complete a simple existing system or previous model, then he will start to understand that innovating the previous model is an unimaginable task for him and he certainly starts to believe that he will be never able to innovate it or improve it, in any way. But, there will be a lot of pressure from his supervisor and university and even the final deadline of the research also will approach very nearer. So, with his full knowledge, he will do fake work by using the previous model and make people believe that he improved that previous work. After that much experience and exploration, it will not be much harder for him to make some fake graphs and charts to “prove” the improvement in his model. Even though the scholar really learned a lot of things during his research exploration, he was only able to do a fake work out of that knowledge – nothing more than that.

Let us assume that the maximum achieved accuracy of a complex classification problem is 80%. And a research student is genuinely doing research work on that problem and improved that previous model or algorithm to achieve higher accuracy and arrived at a little improved result of 84% after several years of hard work. Now, after much effort, he may manage to publish a paper out of it.  But without realizing anything,  the research supervisor may simply ask him to do another improved work with at least around 90% accuracy.  Of course, the poor scholar, after this much exploration, may certainly know that it is a theoretical impossibility. But, if the genuine researcher needs to complete his Ph.D within a short duration, then he can not do anything but another fake model which will yield 90% accuracy and hence be compelled to do fake work by circumstances.

The Impact of Fake Publication

Let us assume a typical ‘cancer’ dataset that has an 80% clean record from which we can identify malignant and normal instances. In other words, in that 80% data, the malignant records are definitely distinguishable from normal records. And let us assume that the remaining 20% records were indistinguishable from one another. It means, from the attributes of that 20% records, we can not definitely say whether a record belongs to normal or malignant category. In the very first published work on that data-set,  the genuine researcher[1] may achieve 72% classification accuracy and published his work based on that 72% accuracy.

After some time, another researcher[2] may work hard on the same classification problem and may achieve 74.5% classification accuracy and publish his findings. If a scholar is doing research based on the works of [1] and [2],  then definitely he will try to achieve higher accuracy. But, as a poor scholar, without knowing about the theoretical limit of maximum achievable accuracy of 80%, he will try to claim that his classification model achieved 85% accuracy. He will do a fake theoretical model and prepare a paper with results of 85% accuracy and try to publish it in a journal. By chance, if that journal is a fake journal, then his paper will get published with that hypothetical 85% results.  Even he may try another fake model and publish another paper with 90% accuracy on that same journal. (In this case, if a (fake) researcher is claiming that his algorithm is capable of identifying/classifying that dataset with 85% or 90% accuracy, then definitely it will be fake. Because, if his algorithm is  identifying/classifying one such indistinguishable record in that 20% as normal or malignant, then it means that algorithm is not at all working and it means it is randomly doing a classification.)

Ok. Now, if any genuine scholar is doing genuine research and will really find a hard way to achieve 78..5% accuracy in this classification problem, then any such real research work will never get appreciated or recognized anyone because of these previously published fake papers with 85% and 90% accuracy.  Of course, the genuinely attained 78..5% accuracy in this classification problem may be a real scientific accomplishment

Of course, without any doubt, some of the IITs in India and some other institutions in India were producing real brilliant minds and real scientists. But in general, the rest of our academic brought-up is not helping to make us real research scholars. Even though we claim that we have invented “zero” and other fundamental things in mathematics and other sciences, but nowadays, as far as a research paper is concerned, we are very poor in mathematical modelling, problem formation and solving and most unfairly, we are doing fake works and fake publications for our survival. Poverty and the need for survival with this much of the population may just extinguish our real passion towards innovation and discoveries and now we are doing Ph.Ds only for reaching higher positions in an institution and earning a higher salary.

Real research work need not necessarily be so complex and big, even it may be very simple but innovative. Try to do any such tiny, real innovation at least, and publish papers with real innovations and real results. 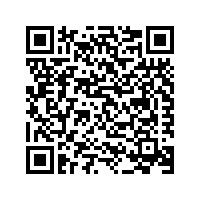