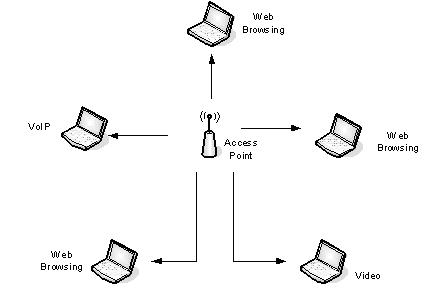 The above diagram shows the example simulation scenario which will be demonstrated on ns2.

In this scenario, BS1 is the base station to which all the mobile wireless nodes WL2, WL2, WL3 and WL4 were trying to communicate with different kinds of traffic with different priorities.

AP1 and AP2 were the two wireless access points connected with the base station through a wired network.

The main role of 802.11e is the channel access control and the admission control which were the main concerns at the access points.
This example presents a simulation study on IEEE 802.11e new mechanism, designed by the IEEE 802.11 group to enhance the original 802.11 MAC with Quality of Service (QoS). Based on the ns2 platform, a simulation study was conducted using various network configurations and traffic patterns. The results basically prove the effectiveness of MAC service differentiation provided by EDCF and PCF. Furthermore, point out the limitation of 802.11e to support real-time traffic in a Wireless LAN environment.
To evaluate and compare the network performance for EDCF and HCF as in the 802.11e draft using a comprehensive set of well-known traffic patterns with different priorities (to simulate the voice, MPEG, WWW and FTP) and simulation tool (ns2).
Elements of network performance within the scope of QoS include availability (uptime), bandwidth (throughput), latency (delay), and error rate. The result should be generated in graph format. ( eg. Throughput vs nodes). 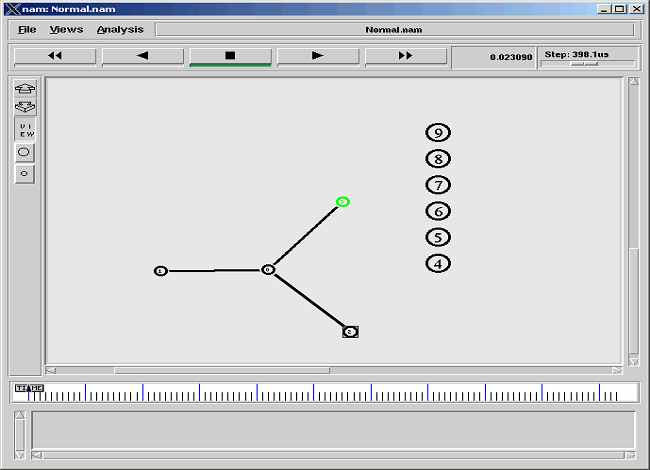 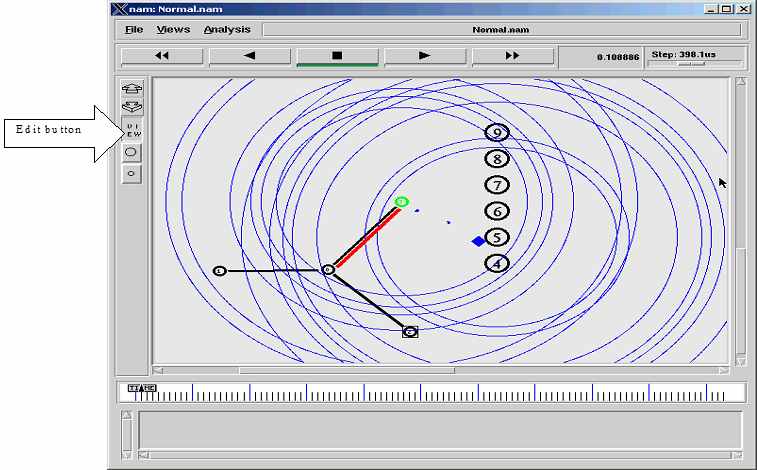 They all will connect to node 1 via the access point node 3.

The Node 1 is receiving the packets 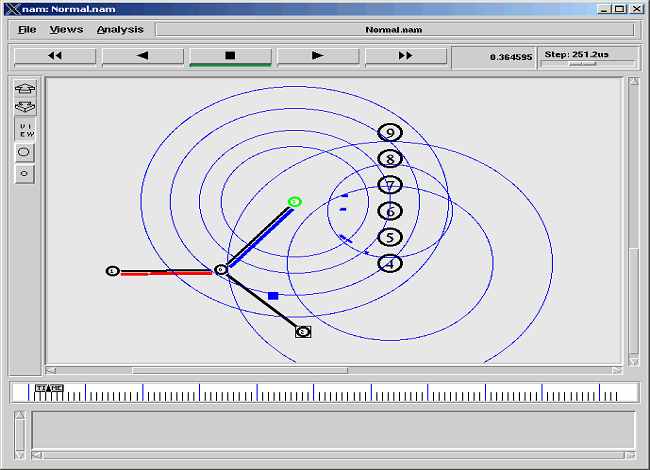 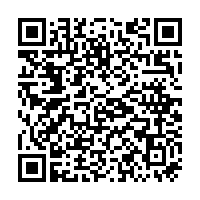