In this project, the possibilities of using Laser Beams for PC to PC Data communication is going to be explored. To implement the idea a working prototype of a system will be designed using low-cost laser LEDs available in the local electronic Market. By using the proposed system, we can establish data communication between two PCs in some industrial applications where conventional wireless and wired network technologies can not be used due to technical or legal reasons.

Laser, acronym for light amplification by stimulated emission of radiation. Lasers are devices that amplify light and produce coherent light beams, ranging from infrared to ultraviolet. A light beam is coherent when its waves, or photons, propagate in step with one another. Laser light, therefore, can be made extremely intense, highly directional, and very pure in color (frequency). Laser devices now extend into the X-ray frequency range. Masers are similar devices for microwaves (see Maser).

Laser-based projects used to be expensive, until the development of solid state lasers. This project is designed for the entry-level laser experimenter. The circuit allows any two computers with serial (RS-232) communication capability to communicate over 200 meters using a laser beam. A low-cost transmitter only circuit is also presented here for use in two-way communication.

A laser as a communications medium has some unique properties compared to other forms of media. A line-of-sight laser beam is useful where wires cannot be physically connected to a remote location. A laser beam, unlike wires, also does not require special shielding over longer distances. Lasers offer at least an order of magnitude longer distances compared to infrared LEDs. Although RF transmitters may offer longer distances than line-of-sight lasers, they are subject to interference from other transmitters. Since the laser medium is line-of-sight and the beam being only several millimeters in diameter it is very difficult for the data stream to be tapped. This offers secure communication since any attempts to intercept the laser beam would be detected at the receiver as a loss in data. A laser medium also allows for the sender and receiver to be galvanically isolated from each other.

Setting up the Proposed Laser based Transceiver System

The Modules of the System

The implementation has been made using Microsoft Visual C++ or Visual Basic.

The following Diagram explains the communication setup in which two computers were connected using the laser.

The transceiver is based on the RS-232 standard interface for generating and receiving RS-232 compatible voltage signals. The receiving sensor is an NPN infrared phototransistor. I chose an infrared photo-transistor to minimize ambient light interference.

Although the laser wavelength is in the visible spectrum (~670nm) the phototransistor’s broad response band (550nm to 1050nm) is wide enough to sense the intense laser beam.

A 7805 voltage regulator is used to provide the IC and laser diode with a stable 5V voltage source. The transceiver is powered by a 9V battery and draws approximately 80mA (laser on) and 40mA (laser off).

The following is the diagram of the actual circuit that we have designed:

The following picture shows the fully assembled transceiver circuit. In the bottom –right, there is a laser LED. In the right –top, there is a photo-diode. In the left side, there is a wire for 9v power and RS232 connectivity.

PC to PC Communication: Connected in a Desktop PC

PC to PC Communication : Connected in a Laptop PC

The following software interface was designed with visual C++ for RS232 communication.

The RS232 Communication Interface in Action

Fact is: This project is almost a two-decade. If you are an electronics hobbyist, then you may try this. If you are a graduate or postgraduate student, then please try to do a project on some latest technologies.

Check the following links for some ideas for interesting simulation-based projects :
https://www.projectguideline.com/implementation-of-spring-mobility-model-for-ns-3-and-visualizing-it-in-3d-along-with-circle-mobility/ 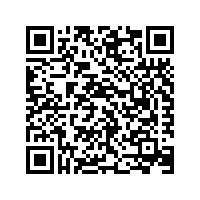